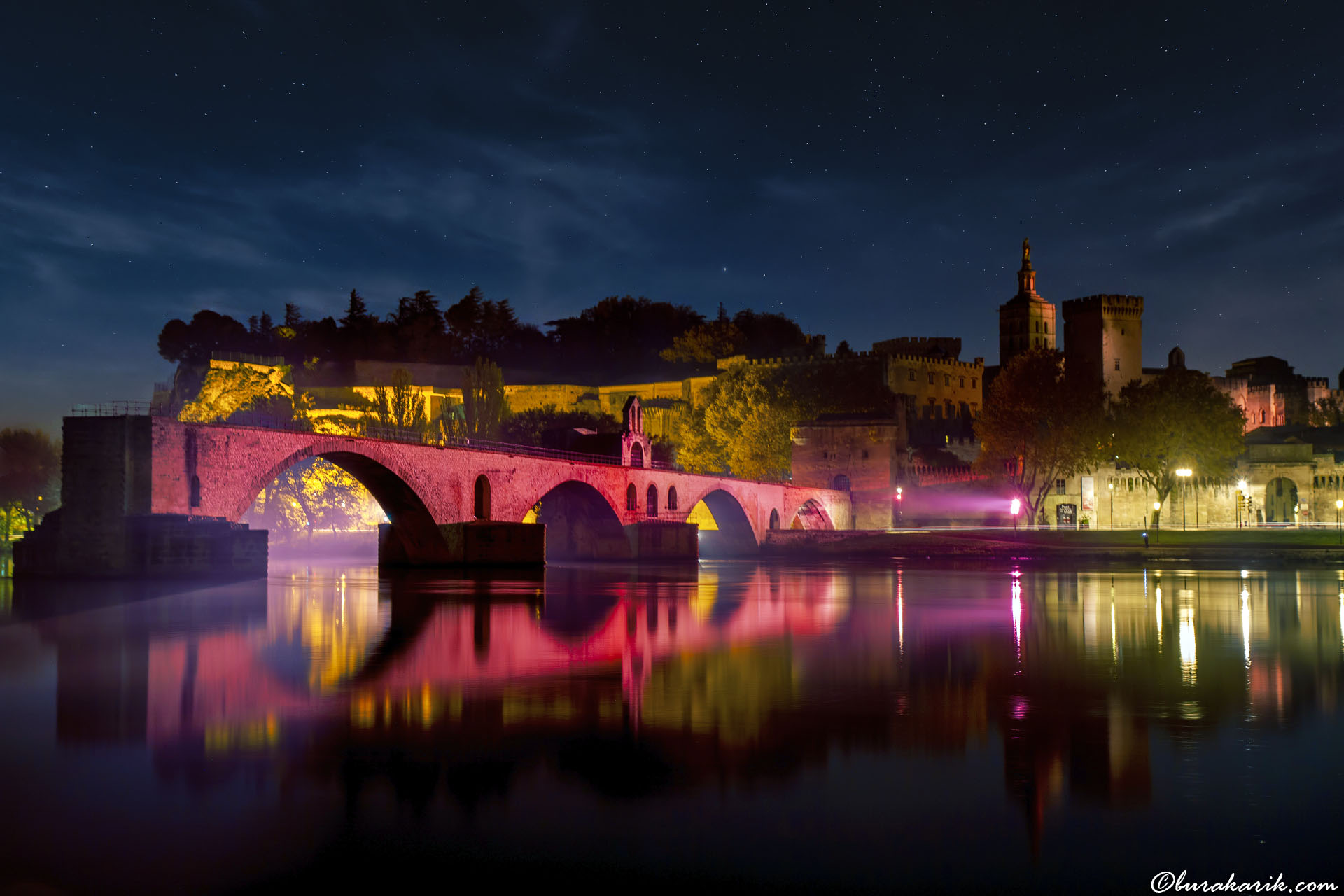 A wooden bridge spanning the Rhône between Villeneuve-lès-Avignon and Avignon was built between 1177 and 1185. This early bridge was destroyed forty years later during the Albigensian Crusade when Louis VIII of France laid siege to Avignon. Beginning in 1234 the bridge was rebuilt with 22 stone arches. It was abandoned in the mid-17th century as the arches tended to collapse each time the Rhône flooded making it very expensive to maintain. Four arches and the gatehouse at the Avignon end of the bridge have survived. The Chapel of Saint Nicholas sits on the second pier of the bridge. It was constructed in the second half of 12th century but has since been substantially altered. The western terminus, the Tour Philippe-le-Bel, is also preserved. The bridge was the inspiration for the song Sur le pont d'Avignon and is considered a landmark of the city. In 1995, the surviving arches of the bridge, together with the Palais des Papes and Cathédrale Notre-Dame des Doms were classified as a World Heritage Site.