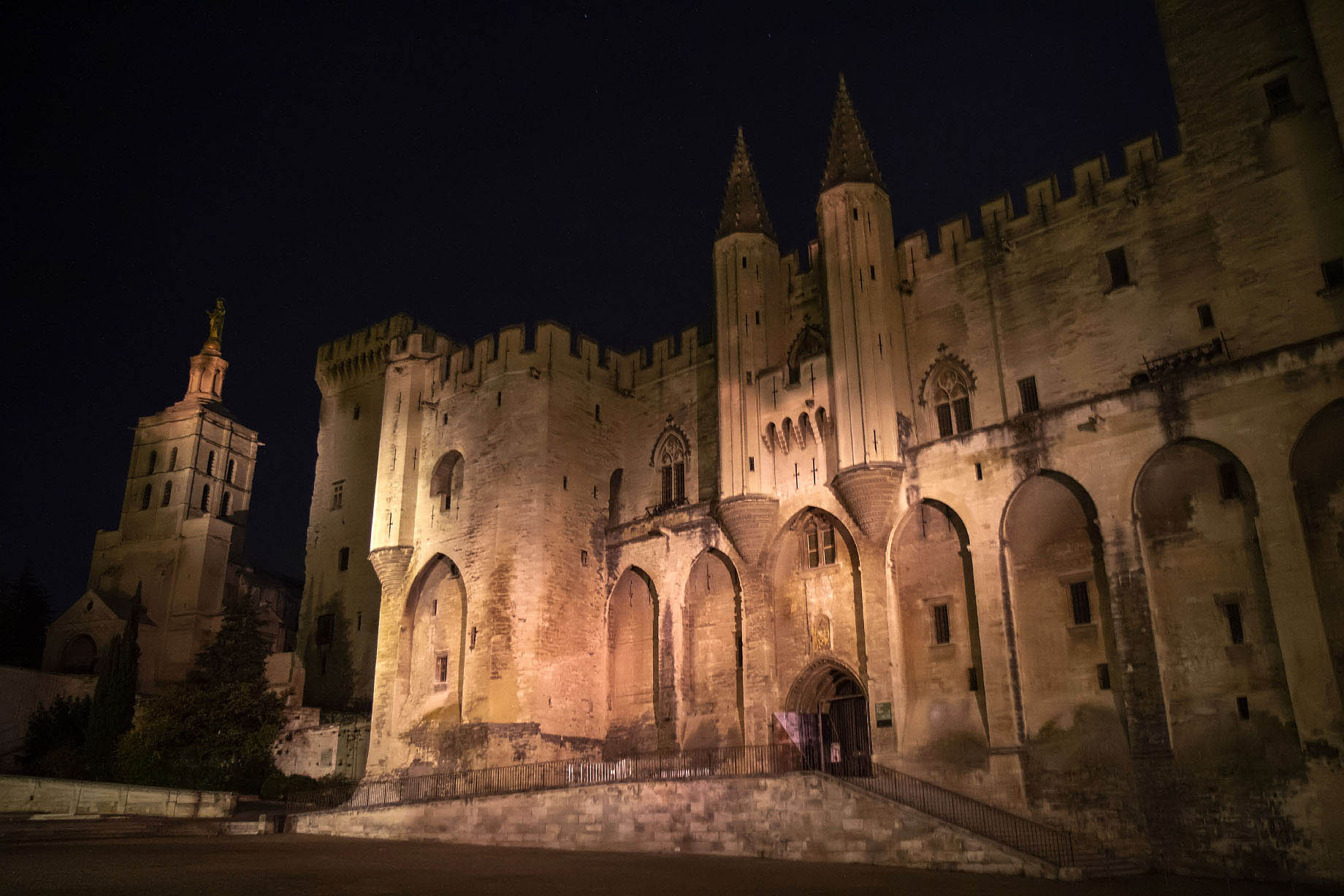 The Palais des Papes (English: Palace of the Popes, lo Palais dei Papas in Occitan) is an historical palace located in Avignon, southern France. It is one of the largest and most important medieval Gothic buildings in Europe. Once a fortress and palace, the papal residence was the seat of Western Christianity during the 14th century. Six papal conclaves were held in the Palais, leading to the elections of Benedict XII in 1334, Clement VI in 1342, Innocent VI in 1352, Urban V in 1362, Gregory XI in 1370 and Antipope Benedict XIII in 1394.