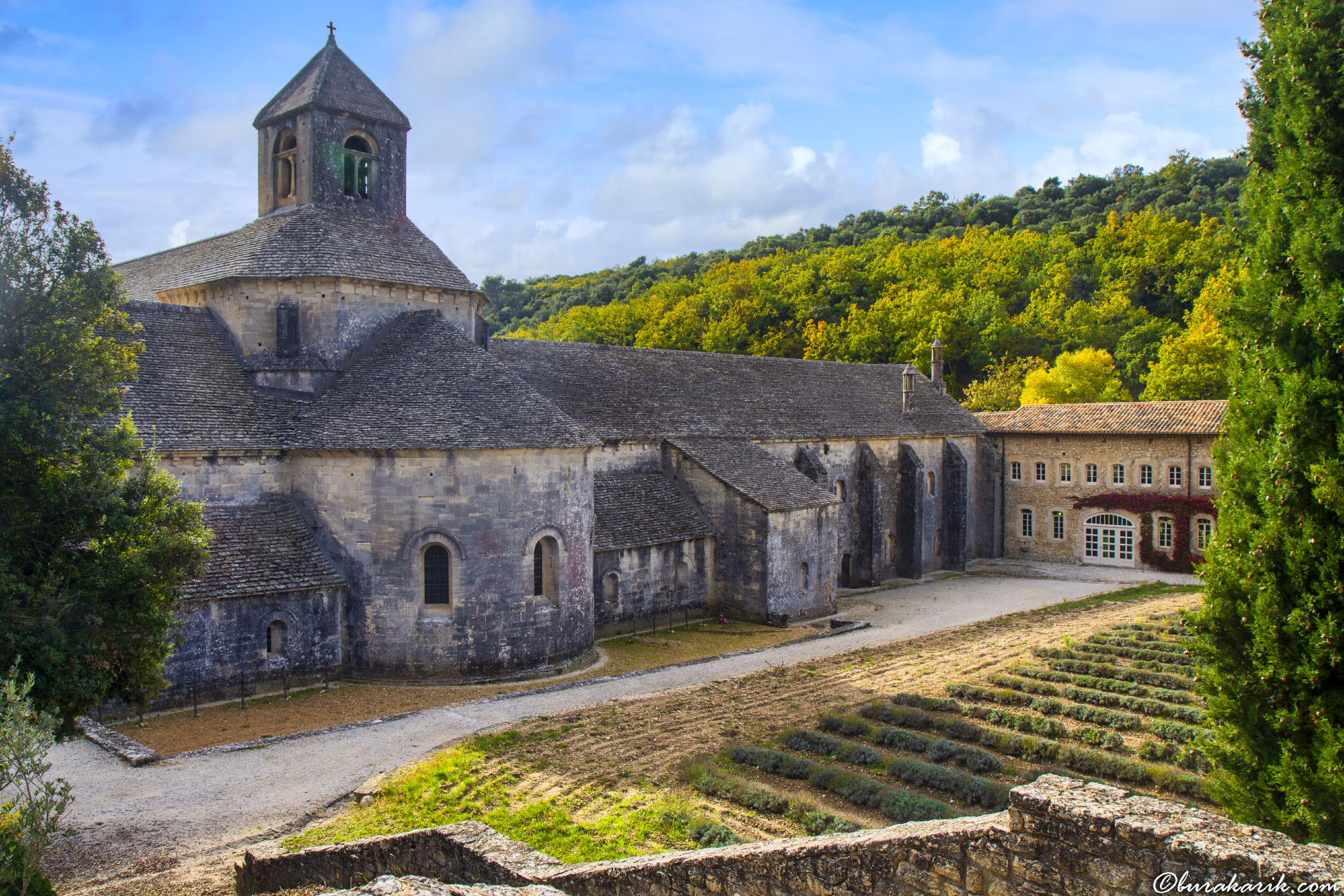 It was founded in 1148 under the patronage of Alfant, bishop of Cavaillon, and Ramon Berenguer II, Count of Barcelona, Count of Provence, by Cistercian monks who came from Mazan Abbey in the Ardèche. Temporary huts housed the first community of impoverished monks. By 1152 the community already had so many members that Sénanque was able to found Chambons Abbey, in the diocese of Viviers. In the 13th and 14th centuries, Sénanque reached its apogee, operating four mills, seven granges and possessing large estates in Provence. In 1509, when the first abbot in commendam was named, a sure sign of the decline of vocation, the community at Sénanque had shrunk to about a dozen. During the Wars of Religion the quarters for the lay brothers were destroyed and the abbey was ransacked by Huguenots. At the French Revolution the abbey's lands were nationalized, the one remaining monk was expelled and Sénanque itself was sold to a private individual. The site was repurchased in 1854 for a new community of Cistercian monks of the Immaculate Conception, under a rule less stringent than that of the Trappists. The community was expelled in 1903 and departed to the Order's headquarters, Lérins Abbey on the island of St. Honorat, near Cannes. A small community returned in 1988 as a priory of Lérins.

The Streets of Gordes