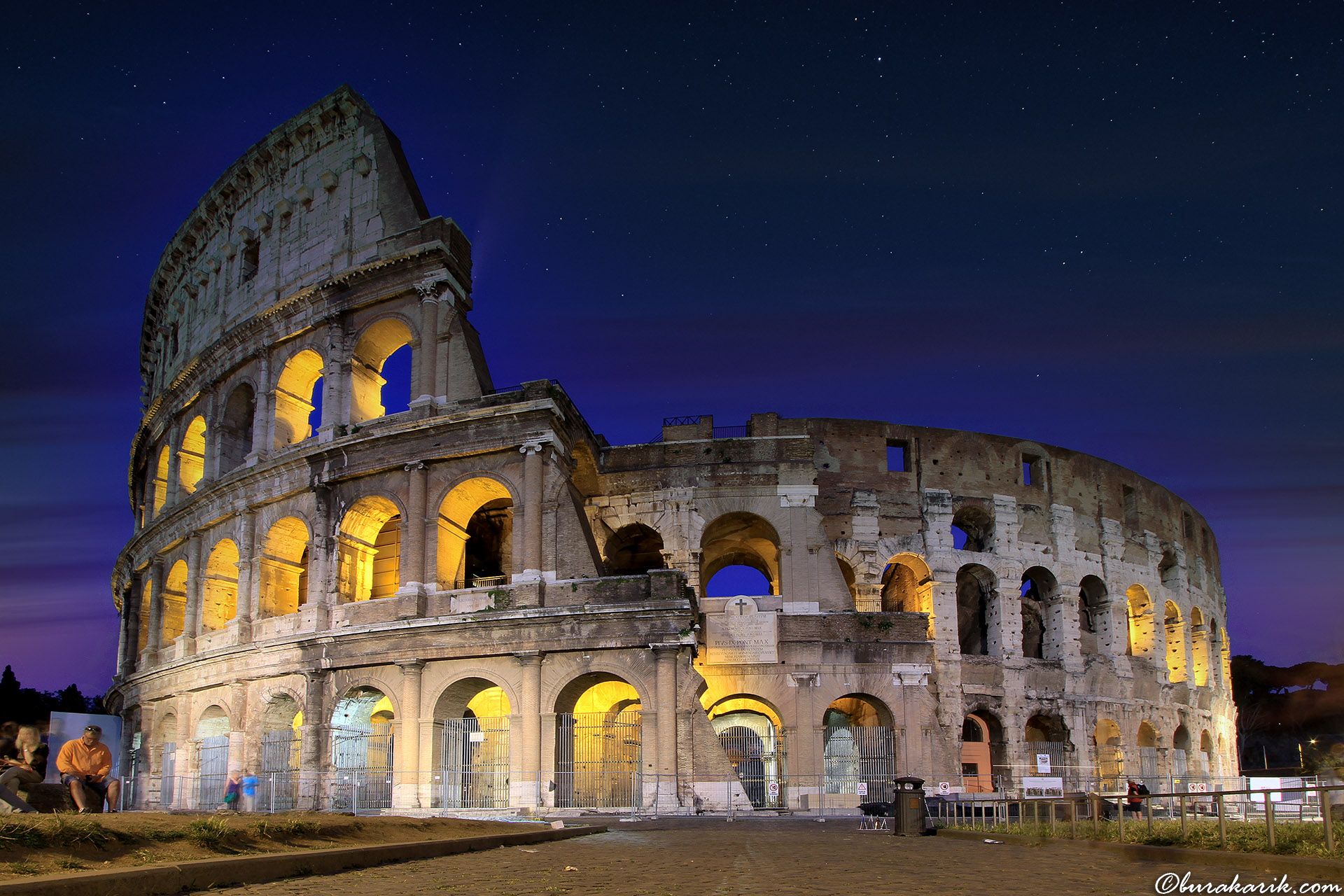 The Colosseum, also known as the Flavian Amphitheatre is an elliptical amphitheatre built of concrete and stone, it was the largest amphitheatre of the Roman Empire, and is considered one of the greatest works of Roman architecture and engineering. It is the largest amphitheatre in the world. The Colosseum is situated just east of the Roman Forum. Construction began under the emperor Vespasian in 70 AD, and was completed in 80 AD under his successor and heir Titus. The Colosseum could hold, it is estimated, between 50,000 and 80,000 spectators, and was used for gladiatorial contests and public spectacles such as mock sea battles, animal hunts, executions, re-enactments of famous battles, and dramas based on Classical mythology. The building ceased to be used for entertainment in the early medieval era. It was later reused for such purposes as housing, workshops, quarters for a religious order, a fortress, a quarry, and a Christian shrine.